Saskcan recently changed their name to AGT Foods. They have been a long-term sponsor of the facility.

The AGT Foods Centre, located at 901 Highway 4 North, is a multi-purpose facility with heated seating for more than 2,000 spectators who come to enjoy indoor winter sports like hockey, curling and figure skating. It has been host to regional, provincial, national and international events. 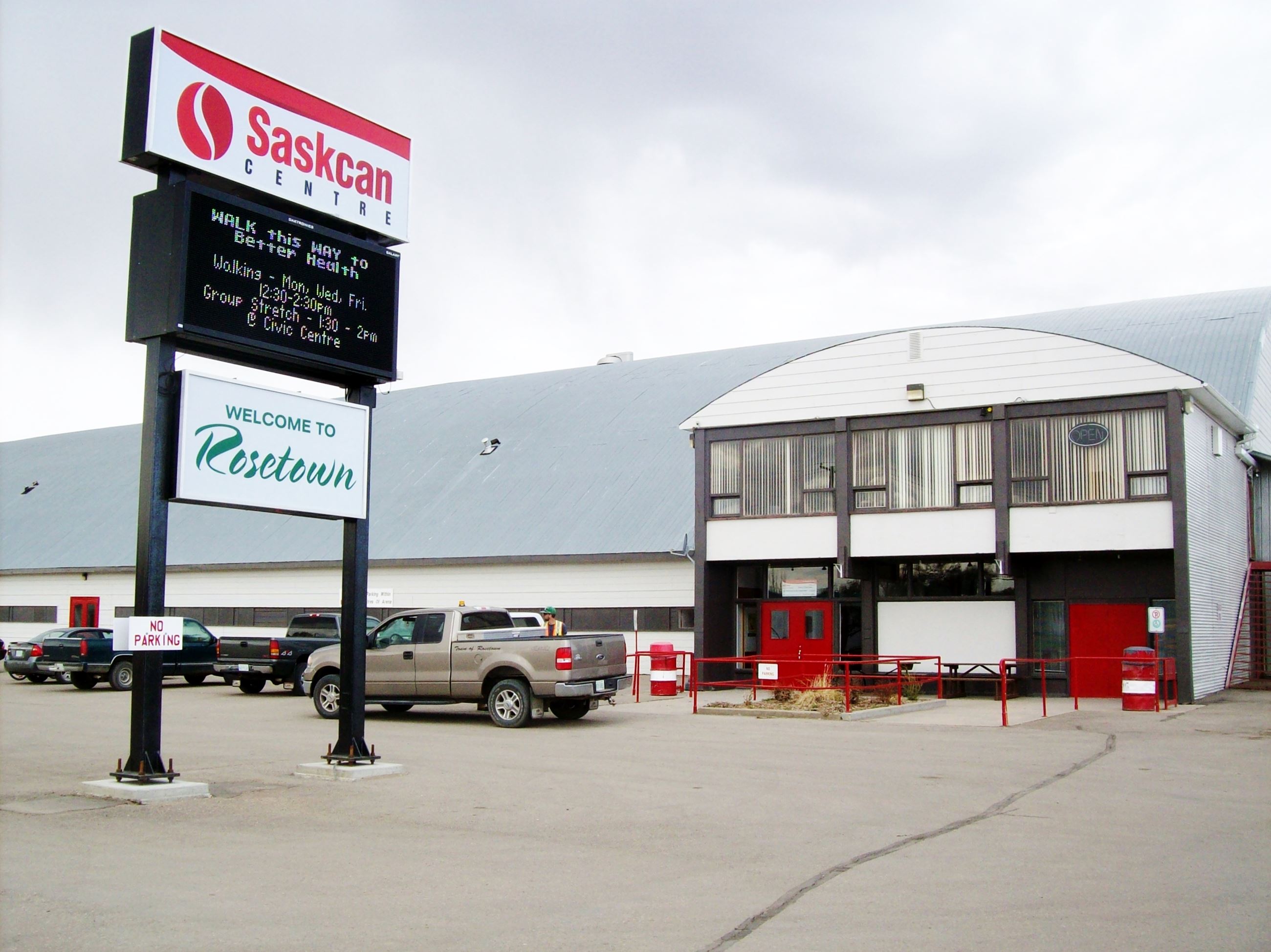 Advertising at the AGT Foods Centre

There are many opportunities to advertise with signage at the AGT Foods Centre.

Please note that the Town of Rosetown has an Ice Cancellation Policy (PDF) for the AGT Foods Centre.

Located in the AGT Foods Centre, the Rosetown Curling Rink has a heated spectator area, licensed lounge and lockers for club members. Renowned for some of the best ice conditions in Saskatchewan, the curling rink has five sheets of artificial ice and is operated by the Rosetown Curling Club.

To find out what is on the ice during the curling season please contact the Curling Club Lounge at 306-882-2777.

The Curling Rink has hosted many provincial and local bonspiels including the Rosebowl, the largest men's bonspiel in Saskatchewan held under one roof.